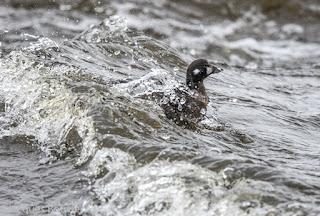 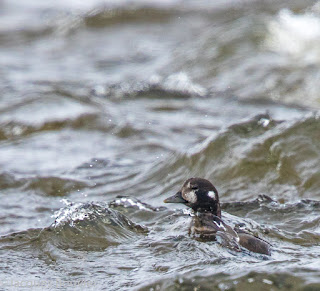 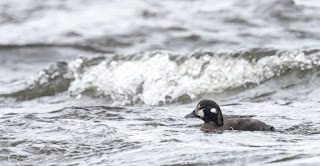 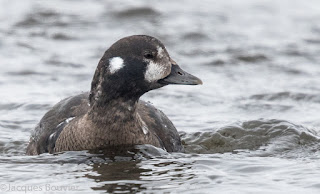 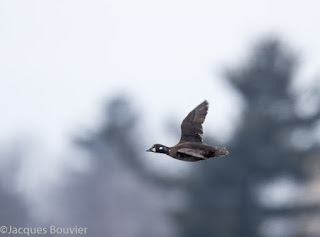 The 9th edition of the Alfred-Montebello CBC took place on December 26, 2015.   This time, a total of 20 field participants and 2 feeder watchers took part.

It was another great count!!  A total of 57 species was tallied, an amazing 9 more species  than the previous high of 48 recorded in 2011; this surpasses by 15 the 9-year average of 42 species.  The total of 9,234 birds beats the 2011 record high count of 7,435. These great results are certainly due in part to the beautiful day with temperatures ranging from -3 to +3 degrees C, no wind, no snow on the ground, no precipitation and with most of the waterways being free of ice. 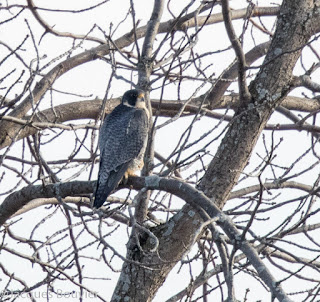 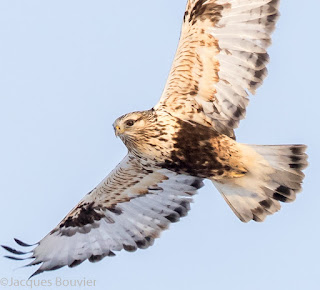 Bohemian Waxwing (Jaseur boréal) 25 (2007), photo below shows one of them feeding on crab apples in Plantagenet. 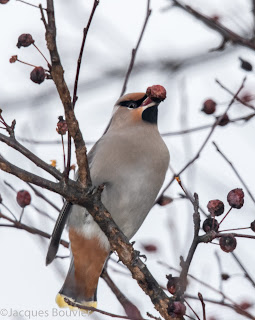 Please see a map showing the locations of all three local CBC (RON) at this link:

These counts are always full of surprises. While Jacques and I were looking for Short-eared Owls at dawn in the Alfred area, we came across three large animals grazing together in a field near the Alfred Bog.  At first, in the dim light, we thought they were cattle but we had never seen cattle there before.  It turns out these animals were Moose.  See photos below. 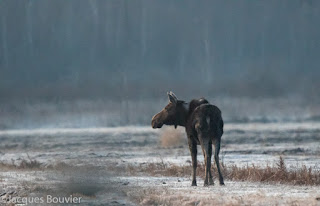 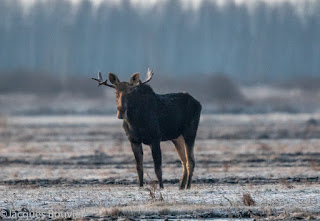 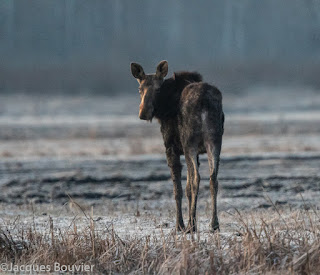 A big Thank You to all participants for a job well done!!  I look forward to seeing you all again next year during this  amazing, social and scientific birding event!!

A report on the results of the 12th annual Forêt Larose-Casselman Christmas Bird Count (CBC) held on January 2, 2016 by guest blogger Christine Trudeau

The 12th edition of the Forêt Larose- Casselman CBC took place on January 2, 2016.   A total of 28 field participants and 4 feeder watchers took part. 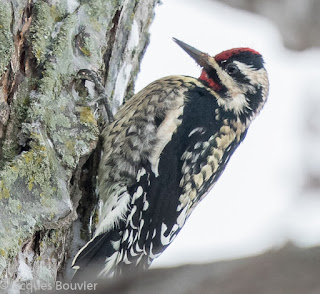 American Kestrel 3 (1 in 2006 and 2011) See photo below
of male with recently caught rodent in Moose Creek. 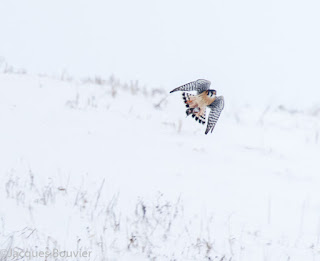 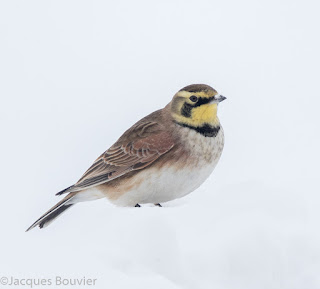 I`d like to thank each and every one of the participants for a job well done!!  I look forward to seeing this year's crew and other new faces next year for this great, fun event!!
For a complete list of all 60 species and their numbers please contact me at:
christinetb5@aol.com 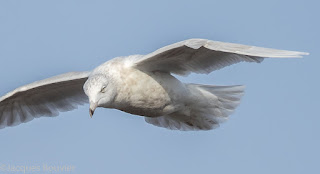 A juvenile Glaucous Gull (Goéland bourgmestre).  One of 33 counted on 2 January 2016 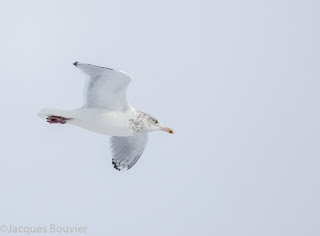 An adult ''Newfoundland'' Herring Gull (Goéland argenté); only 1 percent of this type is found in the east.  It shows very limited black in wingtips and is often confused with an adult Thayer's Gull. Several of this type were seen on 2 January at the Moose Creek landfill site, mixed in with about 4000 regular Herring Gulls.

A reminder to please contact me at:
christinetb5@aol.com
for a complete list of all 60 species and their numbers, and/or if you would like to participate on the count next year. 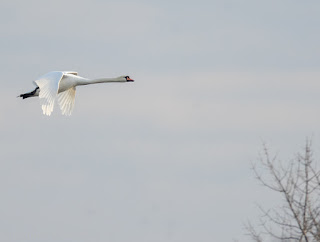 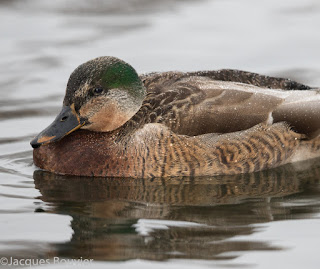